Brief:
Create a stand alone yet complementary brand for business division of Coffs Harbour Nursery. Must be different to existing competitors.
Project Details:

We were recently commissioned to design a new logo and create a brand identity for Coffs Harbour Landscape Solutions located inside Coffs Harbour Nursery in Sapphire Beach just north of Coffs Harbour. The logo and branding design needed to complement the logo which they already had in place for Coffs Harbour Nursery. The logo was to appeal not only to domestic customers who may need garden and soil supplies for their weekend projects, but also to professional landscapers and gardeners who require frequent amounts of mulches, soils, sands and other materials for their clients. The logo needed to appeal to a very broad market.

The development of initial concepts proved challenging due to the high number of letters required in the logo (thirty). Making an entire alphabet (+four) fit into a logomark and have it remain easily legible, identifiable and memorable is not an easy task. We created many sets of logotype before beginning work on the icon in order to get the hierarchical structure of the logo to a point where the Landscape component was dominant, the Solutions component secondary and the geographical location still prevalent but not to a point where it becomes difficult to understand what the most important information was.

Development of the Icon

The icon development was also a challenge. The client wanted a somewhat literal representation of what they offered within the logo, however trying to portray soil, mulch, sand, aggregate and related products in a simple yet memorable way took some time and a number of different concepts each with varying degrees of abstract symbolism. We were also self-limited in using items such as gravel or stone which we were immediately drawn to in the design process due to their simplicity in being to be able to communicate but were too narrow to meet the design brief in portraying a number of products.

Other concepts included a symbolic earth icon with different areas filled in with the colour group we developed. A concept with a raked line concept also looked great at first concept however it didn't appear in the final round of concepts for the client to view due to its similarity to another logo not in landscape supplies but in the landscape trade space. Many other abstract styles were also explored along with simplifying the name to the initials CHLS. Using the initials however didn't meet the client brief of displaying all of the text in the name in the logo.

Upon a client Zoom meeting we gave a few options. A preferred option was chosen and we used this to further develop the concept using lower and upper case text in a couple of different styles. Our next client Zoom meeting went well and after consideration for a couple of days, the final logo was approved and with it we began creating the branding identity guidelines and used those guidelines to mock-up various concepts from a uniform, signs, vehicle graphics, stationery and more.

We look forward to seeing this logo fit in well with the various divisions of Coffs Harbour Nursery and we are currently working on another to be released in the coming months. 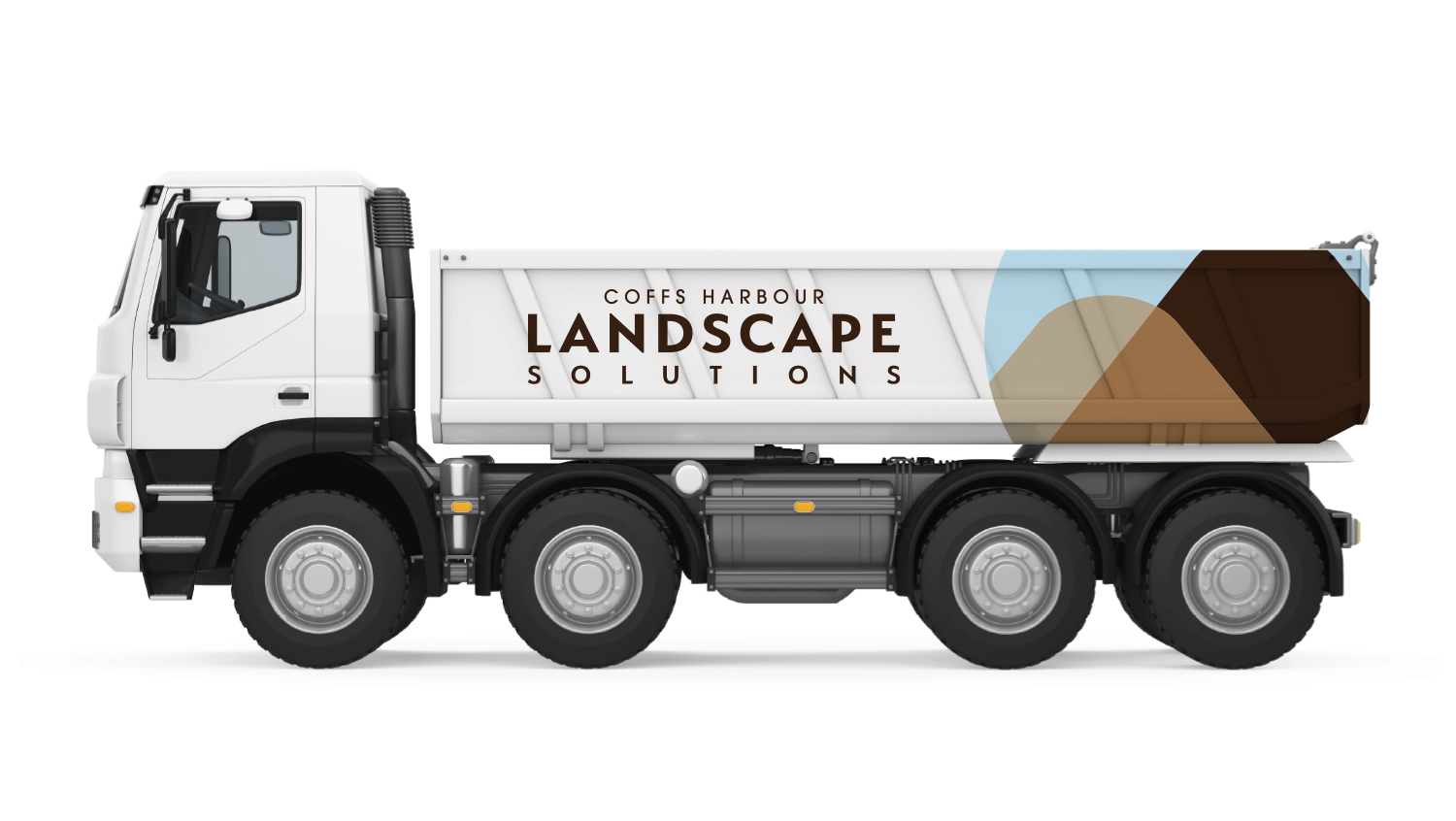 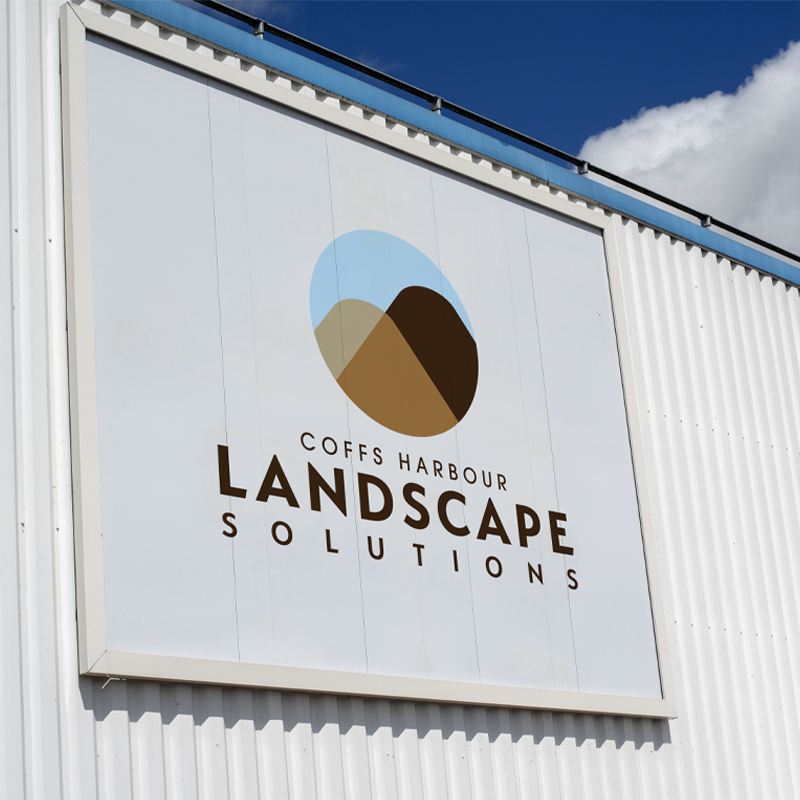 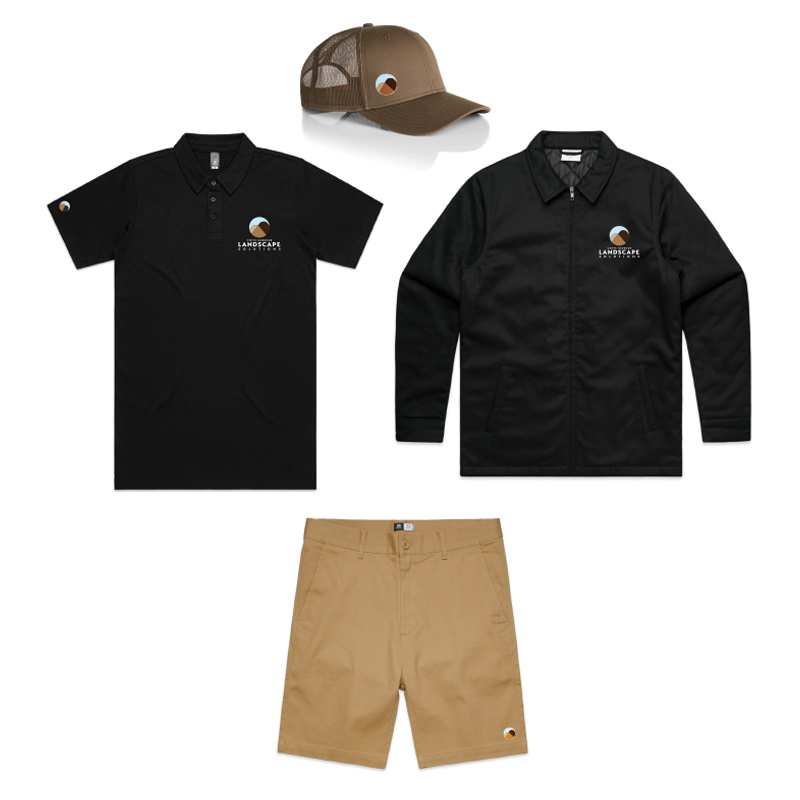 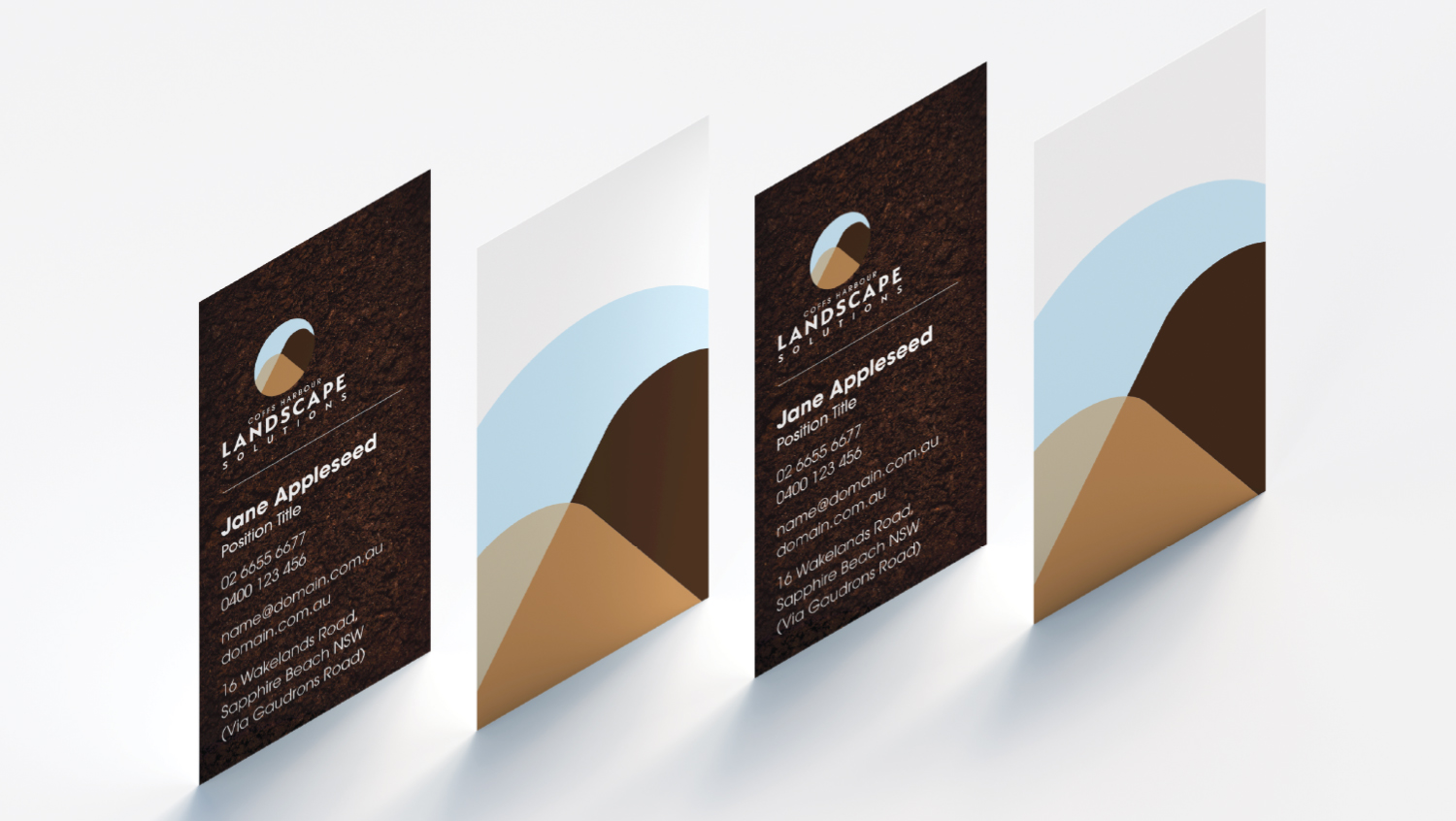